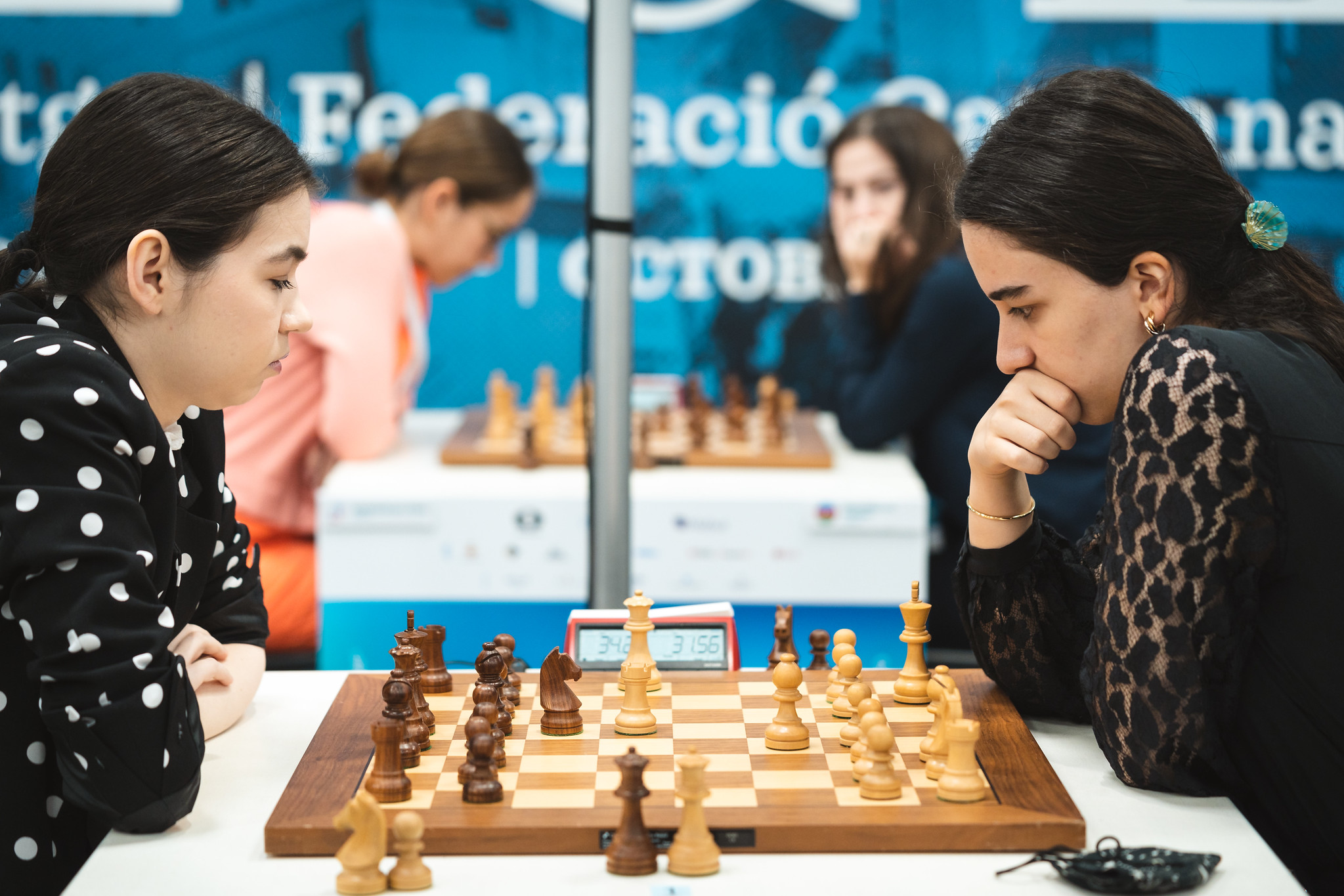 Russians and Georgians lead in Sitges

The second day of play brought almost no changes to the standings: the Russian stars, playing under “CFR Team” due to the WADA sanctions, remain the unchallenged leaders in pool A, followed by Armenia and India. In group B, Georgia tops the table, being the only team still undefeated on its pool.

The leader of the Russian team, Aleksandra Goryachkina, celebrated her 23rd birthday by scoring an important victory against Gunay Mammadzada. The World Championship finalist made chess look easy: on the black side of a Berlin Defense, she opened the a-column, activated her rook, won a pawn, and then converted her advantage flawlessly.

It was not the best of days for the Azerbaijani players: Mammadova blundered a pawn against Kosteniuk that cost her the game, while Turkan, the youngest of the Mamedjarov clan, allowed a rook lift that ended in an elegant mate attack by Kashlisnkaya. Shuvalova wrapped up the CFR team victory (3½-½) with a draw against Fataliyeva.

In the second round of the day, CFR Team defeated a direct rival, India, with victories by Kosteniuk and Lagno. Goryachkina, with a better position, allowed a perpetual check.

At the bottom of the table, the host team scored an important victory against France, a result that gave Spain hopes to qualify. However, a harsh defeat against Armenia in the next round send the Spaniards back to the last position. Only a victory by a wide score margin against Azerbaijan, and a bit of luck, could allow Spain to stay in the competition.

In pool B, Georgia started the day with an important victory against Germany, by 3½-½. Despite the important absence of Bela Khotenashvili, who had to withdraw from the team at the last minute, the Georgians seem to be in good shape. They ended the day with a 2-2 against Poland, a team that, surprisingly, is the tailender after four rounds, a very poor performance for a squad that usually outperforms expectations at team events.

The last round of the pools stage, the fifth, will take place on Wednesday, at 15:00. The competition will then advance to the knockout playoff.